What is the Sacroiliac Joint and Why is it so Important? 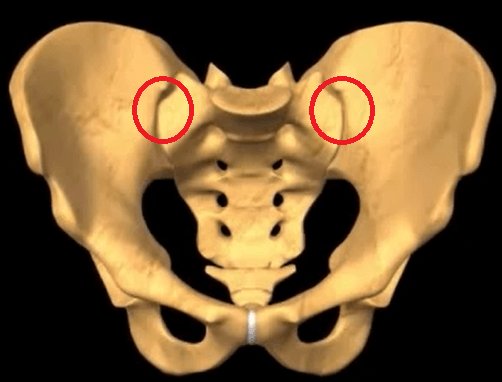 We are all familiar with the term “Core Muscles” but what is the core structure? In any joint, the structure is made up of the bones that the muscles attach to, and move. So, to understand the far-reaching scope of this concept, we have to look at which bones these core muscles attach to and what they are doing to the bones.

All of the above muscles attach to the pelvis, which is made up of two bones (sacrum & innominate (which is actually 3 bones fused together, the ilium, pubis, and ischium) and three joints (2 sacroiliac joints & 1 pubic symphysis). The core muscles are just part of the muscles that attach to the pelvis, and they act in symphony to move the pelvis in a smooth, coordinated manner when all things are normal. 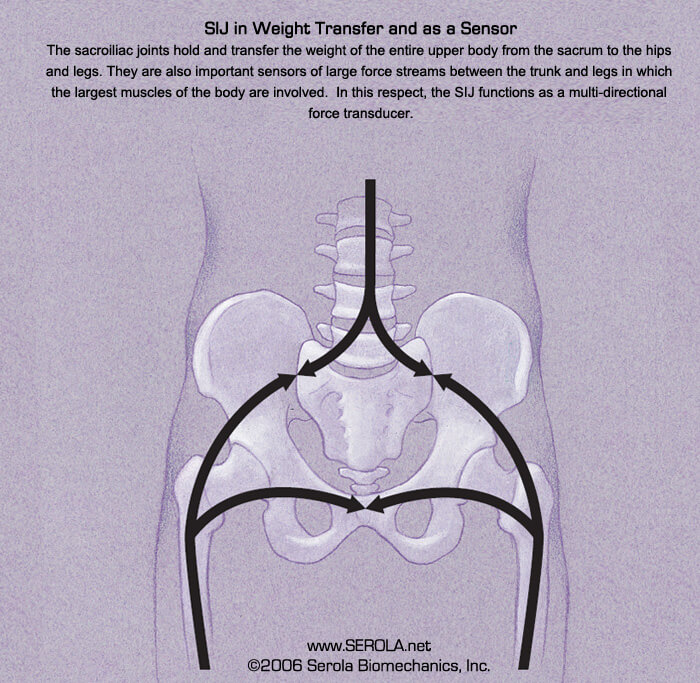 The sacroiliac joints (SIJs) are the center of motion, the center of shock absorption, and the center of weight transfer between the upper and lower body. For these reasons, they are (taken together) considered the core structure of our body.

What about the discs? Aren’t the lumbar discs the main cause of back pain, as advocated by most of the medical community? Prior to 1934, the sacroiliac joints were considered to be the main cause of back pain, but they were hard to diagnose with standard testing, and were difficult to treat with standard medicine. Instead, other practitioners (like chiropractors, osteopaths, and physical therapists) using manual techniques, provided diagnosis and relief to back pain sufferers. Since the turn of the century in 1900, these newer professions of manual doctors and therapists were perceived as threats by some in the medical profession and decades of animosity followed.

Then, with the discovery of the disc as a cause of back pain in 1934, the medical profession had the tools to help them convince the world that they had the answers to back pain and that the other professions were, supposedly, chasing false dreams. The medical community began committing research centers, hospitals, universities, and other institutions to engage in research that demonstrated that the lumbar disc was the main cause of back pain. Their advantages were immense, but only part of the story was told. What they ended up proving was only that the lumbar disc caused the greatest level of pain, but not that it was the most common cause of back pain; which they still consider a mystery.

So, what is the most common cause of back pain? This is still controversial in many medical and alternative health professions but, over the past several decades, more research has pointed back to the sacroiliac joint, and it is proving to be very common source of pain in the back, pelvis, and upper legs and, perhaps, the entire musculoskeletal system.

What is the biggest impediment to recognizing the sacroiliac joint as the most common cause of back pain? There are actually two major impediments: one, the medical community doesn’t recognize the sacroiliac joint as having much of a role in back pain; two, there is no central model that ties all the proven research into an integrated system, so, much of the research goes unheeded, or is misinterpreted, because it doesn’t fit into popular conceptions.

I have recently developed a theory on biomechanics that ties the entire musculoskeletal system into an integrated whole. Using peer reviewed literature, the sacroiliac joint is shown to be the core of our body and, as the core, how it underlies many pain syndromes throughout the body.

How does a sacroiliac injury affect the rest of the body? As shown in the above diagram, the greatest bulk of our musculature attaches to the pelvis. As in any joint, when the SIJ ligaments are injured, these muscles that attach to the bones that make up the joint adapt in an attempt to stabilize the joint. As a result, the pelvis torques, the spine twists, the extremities rotate unevenly, and the body moves in aberrant patterns. In addition, each muscle attaches to another structure anywhere from the head, spine, pelvis, hips, and legs and, in this manner, spreads the dysfunction throughout the body. The imbalance in muscle tightness and laxity results in altered posture and movement patterns, which eventually cause pain and dysfunction.

With this perspective, it is easy to recognize the sacroiliac joint as the most common cause of back pain.

Did this article interest you? Read even more articles like this one by going to our main Blog Page. Do you have any suggestions for topics or maybe have something you would like Dr. Serola to elaborate on? Contact us anytime and let us know or leave a comment below!