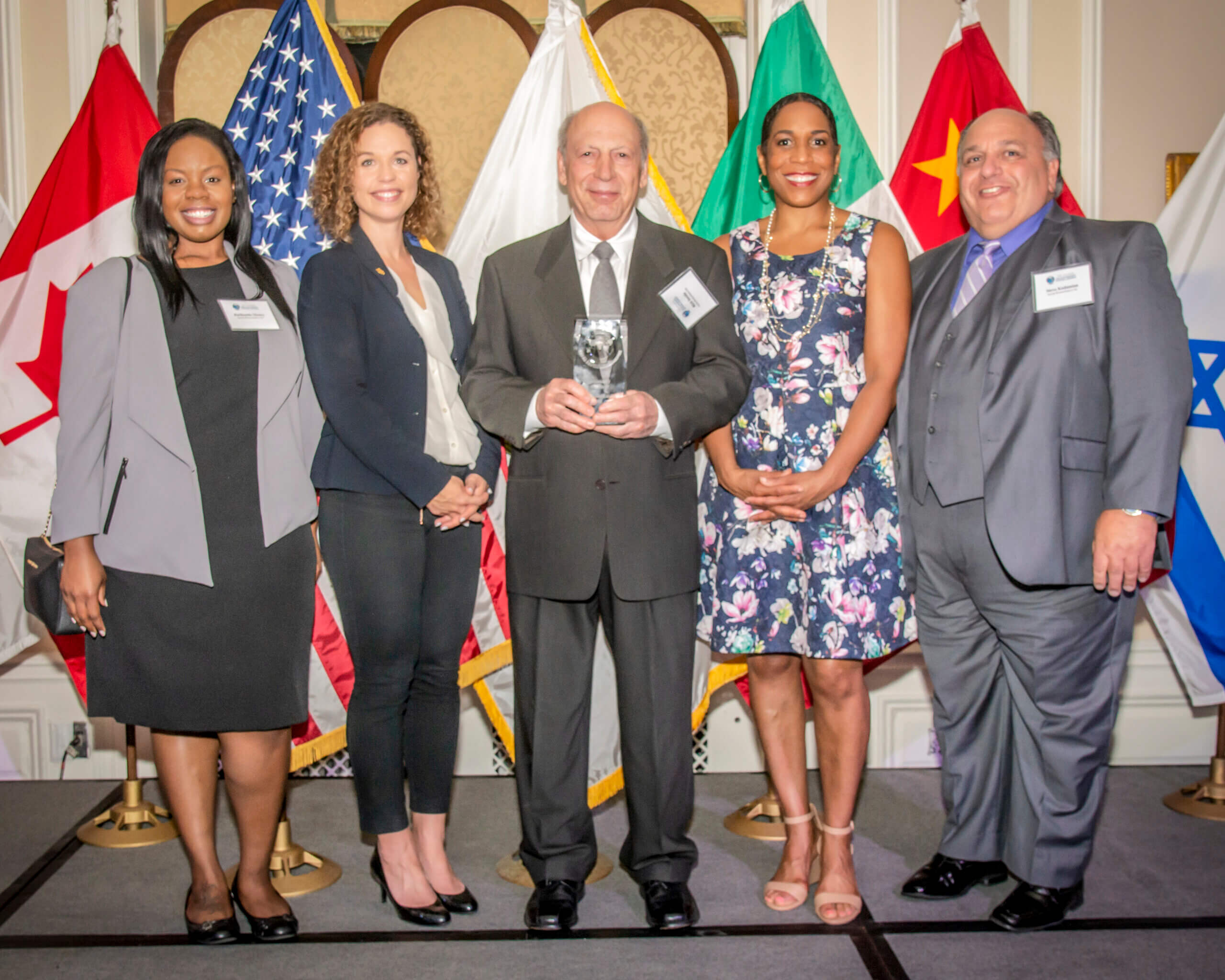 “It was truly an honor to receive this award that acknowledges our ongoing initiative of providing affordable pain management solutions worldwide,” said Dr. Serola. “It’s even more gratifying to be given this award as we celebrate our 30th year in business. We are looking forward to continued growth both domestically and internationally.”

A total of 12 Illinois companies were recognized and the judging criteria was based upon the following: export sales as a ratio of total sales, export sales growth, number of jobs created and retained by exports, factors indicating progressive international marketing strategies, multi-lingual and cultural efforts, progression in ratio of exports sales to total sales and number of suppliers based in Illinois.
“Thanks to the hard work of our exporters and the organizations that support them, Illinois is one of the top exporters in the entire country. Exports are an integral part of our economy, employing thousands of men and women across the state and contributing millions of dollars to the state’s economy,” said Lt. Governor Juliana Stratton. “We are proud to recognize the businesses and groups who excelled in exports over the past year and look forward to continuing to support and grow the industry.”

“Exporting has been invaluable to the growth of the Serola brand and the overall sustainability of the company,” said President of Serola Biomechanics, Inc., Thomas Person. “We are a small company that likes to do big things and this award is one more step in that direction.”

About Serola Biomechanics, Inc.
Serola Biomechanics, Inc, is the result of research done by Dr. Rick Serola, a chiropractor. In 1988, after noticing that muscle strength increased throughout the body after sacroiliac stabilization, he began research into the underlying biomechanics. As a result, he found the need for products that were not in the marketplace, so he developed them himself. Now, the Serola Sacroiliac Belt and Serola Gel Arc Elbow Brace are being used to provide pain relief and help prevent injury to thousands of new people every day throughout the world. For more information, please visit www.Serola.net.

About the Department of Commerce and Economic Opportunity (DCEO)
DCEO’s Office of Trade and Investment, through a network of six regional foreign offices and staff in both Chicago and Springfield, provides support to Illinois companies ready to enter or expand into foreign markets. For more information on Illinois trade opportunities, visit exports.illinois.gov.