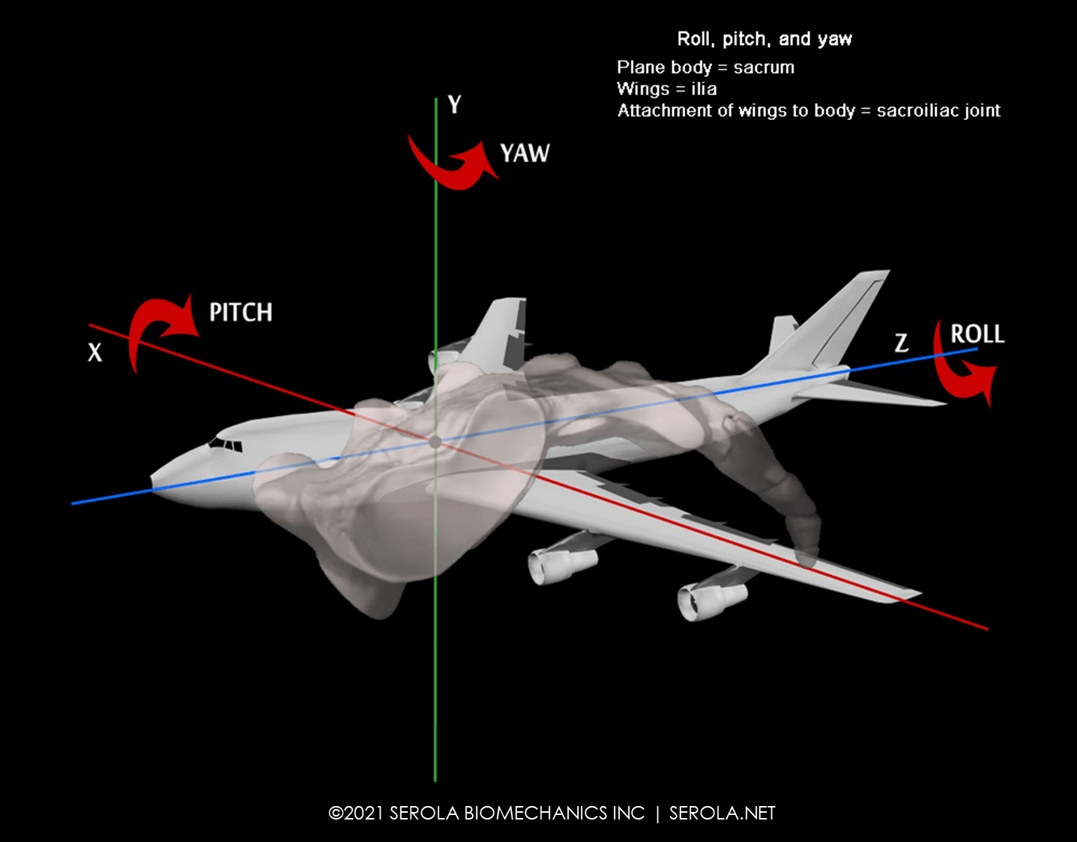 The attachment of the wings to the body of the plane is comparable to the sacroiliac joint. Unlike the wings of a plane, which float freely in an open system, allowing a firm attachment to the body of the plane, the innominates are part of a closed system, which necessitates a slight amount of flexibility at their attachment to the sacrum, which is provided by the ligaments. Too much laxity will impede control and too little motion will reduce the normal pumping mechanism of the joint; either will be detrimental to stability.

The best way to visualize the movement pattern of the sacrum is to consider gait, in which sacral movement reciprocates with the ilia. In order to accommodate the two opposing iliac movements, the articular surfaces are shaped like an airplane rotor, imparting a twisting motion [1-4]. However, instead of the rotor spinning, the central body rotates, as the sacrum pivots about the prescribed paths formed into the articular surfaces of the sacrum and ilia at the sacroiliac joints, one on each side. During right nutation, the right side of the sacral base pivots anteriorly and inferiorly as the right ilium moves posteriorly and inferiorly; at the same time, the left side of the sacral base pivots posteriorly and superiorly as the left ilium moves anteriorly and superiorly. As the two ilia reverse movement, the sacrum pivots accordingly [5, 6].